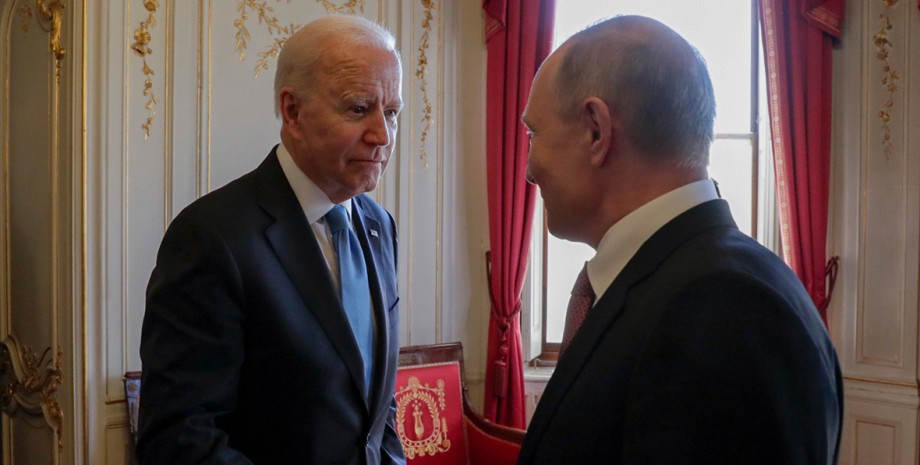 Biden declared a willingness to negotiate with Putin: Named the main condition (video)

By Victor Duda
The negotiation process can be restored if the Kremlin's head is looking for a way to complete a full -scale war in Ukraine. US President Joe Biden is ready to negotiate with Russian leader Vladimir Putin, but on one condition. The head of the White House reported this during a joint press conference with French President Emmanuel Macron. In particular, Joe Baiden's direct speech on possible negotiations with the Kremlin's head Vladimir Putin was quoted by the administration journalist Ily Stock.

According to the American leader, the renewal of the negotiation process can occur if the Kremlin is looking for a way to complete a full -scale war in Ukraine. "I am ready to talk to Mr Putin if he really has interest - if he is looking for a way to finish war. Until he did. The idea that Putin will ever win Ukraine is simply incredible. He just calculated in all points . The question is how to get out of the situation in which he got into? " - continued Biden during a press conference.

The White House Head also stressed that possible negotiations with Vladimir Putin will only take place with the consent of Washington's Allies on the North Atlantic Alliance. The joint statement of the US and France states that Washington and Paris condemn Russia's illegal aggressive war against Ukraine, and also call military crimes deliberate attacks on civil and critical infrastructure.

Biden and Macron was assured during the press conference that the Allies will continue to provide military, economic and humanitarian assistance to Kiev. A few hours earlier, negotiations with Russia were commented in the Presidential Office. According to the adviser to the chairman of OP Mikhail Podolyak, Roszmi found the defeat of their troops on the forefront and began to call for the resumption of the negotiation process with the cessation of fire.